by Blue on Blue / Os Ovni 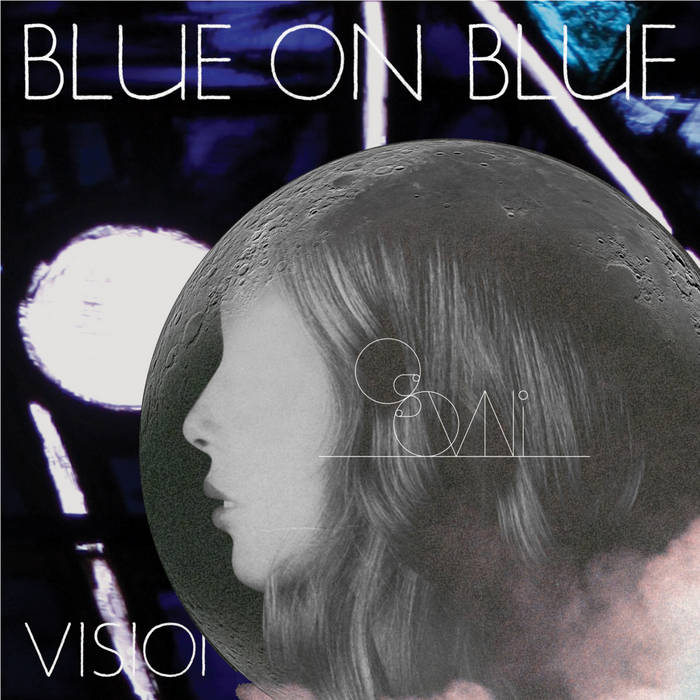 “Blue On Blue stand out as a force gently easing their way in to a music niche of their own” i-D Magazine
“Really love it…a gem. Amazing progression with their music…it sounds incredible” John Kennedy, XFM about Blue on Blue's debut EP from 2011
“A brilliant act…definitely a band to watch out for.” The Line of Best Fit
“A jubilant take on 90s jangling pop crawling to 80s heartache…hypnotic giddy stuff.” Loud & Quiet

"A little in the moon" - Vice Magazine France
"Os Ovni is a captivating group" - Foxy Digitalis
"Os Ovni combine synth wave dynamics and boy/girl vocals to chilly and blissed out effect. Otherworldly and imbued with a synthesized shoegaze quality here we find out that 'love' is untouchable, indescribable and thrilling." - Rough Trade Shops about previously released split single with Modern Witch on Tundra Dubs

This is the first transatlantic split EP to be released on Robot Elephant Records, bringing two uniquely talented and wonderful bands together in the form of Blue on Blue from London and Os Ovni from Florida - exploring new sonic territory in the legacy of Broadcast, Sun Ra Arkestra, Caroliner and Bruce Haack.

Paying homage to their roots whilst taking a bold step into raw, personal musical expression, Blue On Blue present the world with their second offering ‘Vision Imaginary’. Dee Sada and Billy Steiger voice a potent collection of experimental and deeply personal journeys.

Opener, 'Silent Walls' illustrates the band's unconventional approach to song structure while 'The Machinery Link of Heart and Soul' is a modern day hymn; the duo's ecclesiastical interpretation of deep personal loss. Final track, 'Night Terrors' is an intimate account of when inner demons and hallucinations become a cold, harsh certainty. It is a terrifying exploration of the fine lines between nightmares, madness and reality.

The EP title is taken from a line from the poem 'Our Saviour' by Nepalese poet Shiv Shamsher Rasaily, Dee's grandfather. An acclaimed poet and author, he is also winner of the Sahitya Akademi Award, the second highest literary award in India. The EP cover is from a stained glass window in St Georges church, Beckenham, part of a set designed and made by Billy's great- grandfather, Tom Freeth, just after the second World War.

Fresh off a two-month U.S. tour which ended on New Year’s Day in New Orleans opening for the Silver Apples, OS OVNI are currently residing in Florida building unique electronic music instruments and recording a full length album for release in 2012.

....As the collision of rebellious oscillations and layered harmonics clash and hum, it seems that their music is trying to pry open a gateway to its own science fictional universe. The shimmering gateway opens, and what you find when you look inside is OS OVNI.

Blue on Blue side recorded and mixed by Dee Sada and Billy Trivial in the Morgenrock Studios, London.

Os Ovni side recorded and mixed by Paul D. Miller in Austin, Texa, 2011